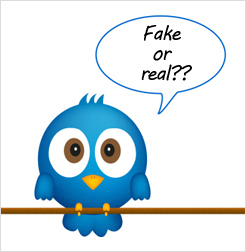 Uganda what a country, at a first glance you may and can say some people are very popular when actually they are not. Are Politicians using Fake Social media accounts as a political tool? Some people have mastered the Art of amplifying their voices above and beyond their ability to speak. This I have found out especially of politicians.

It has always not been common a few years ago to find Ugandan politicians on social media but now? You may think they are the best if you just looked at their profile stats at a glance. But when you conduct a thorough analysis of their accounts, hahaha you will wonder what in the world it is. They are being heavily tricked or duped with fake accounts one is about to make 100K followers on twitter. But have you imagined the followers of that politician? Most are actually fake accounts that have never tweeted in their lifetime.

But somehow the trick has worked or can work for them once well consolidated. Hoping that actually the owners of these accounts actually are aware of the same. I have realized the trend seems to be the same for all Top Politicians in Uganda. My questions are can these people really use social media for their political campaigns come 2016 with such erroneous accounts? If they do can they expect to get value for money? If they are to get value for money, do they know how to do it?

With Such questions, I am just wondering if we are really ready for this. I think as much as it is a good thing to outsource social media management services, I also think the owners of these accounts must also take time off their busy schedules to go through a few things or should demand certain facts from their staff.

If anyone is actually interested in getting these stats, just email me on samatech7@gmail.com